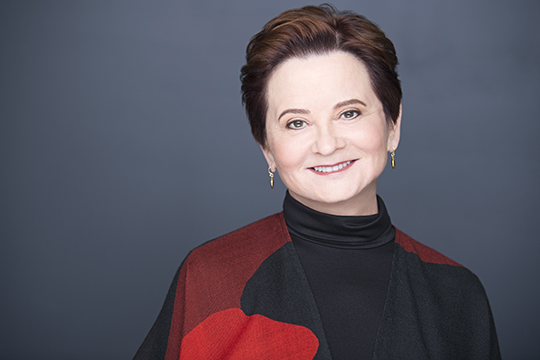 Karen’s Bio – Karen first became interested in testing when she noticed that her son, Sam, wasn’t developing as quickly as her daughter had. A doctor diagnosed a hearing problem that could be fixed via surgery and (after giving Sam an IQ test where he scored in the 37th percentile) pronounced that Sam would never function in a regular classroom. Luckily, Karen’s mother was a Ph.D. in Early Childhood Development. She showed Karen how to work with Sam and get him ready for both testing and a regular classroom. Karen worked diligently with Sam for about 30 minutes every day doing activities that would build the abilities he needed for school and testing. A year later, Sam scored in the 94th percentile on an IQ test. He was admitted to a competitive private school in Manhattan and was placed in honors classes.

Karen went on to co-found a consulting business helping families get their kids into NYC’s best public and private schools. There, she taught parents how to work with their children to get them ready for testing just as she had worked with Sam. A few years later, she left the company and wrote The Ivy Chronicles, a humorous novel about the experience of working in the competitive school admissions world of NYC. Karen wrote a total of four novels (two of which have been optioned as movies) before going back to the book she says she was “meant to write” – Testing For Kindergarten. In 2010, Karen co-founded TestingMom.com with Michael McCurdy, a site that offers test prep and a full array of top premium educational websites as part of their membership package.  Karen lives with her husband, Mark, in San Diego. Her daughter, Schuyler, is a working actor in NYC. As for her son, Sam, who was never supposed to function in a regular classroom? He just graduated from NYU.

Karen’s favorite test and why?

“For me, that would have to be the Stanford-Binet®. I still remember my mother taking me to be tested at 4 and a half years old. I had a December birthday, and they were trying to decide if I should start school as the youngest in the class or one of the oldest. So they gave me the Stanford-Binet®. The tester made a remark when we were introduced about how cute I was. I took her remark on as a challenge and did everything I could to help her see how deeply and truly adorable I was. I became so engrossed in displaying my cuteness that I guess I didn’t answer the questions or cooperate very well. That did it. They held me back a grade. As you might imagine, cuteness is not a quality assessed on the Stanford-Binet®. But I never held it against the test itself, and to this day, I have an unnatural fondness for the Stanford-Binet® because it reminds me that no matter how bright or prepared a 4- or 5-year-old is for testing, we’re talking about very young children here, and you cannot control what they will do or say behind closed doors in the testing room.”

Michael’s Bio – Michael, the Testing Dad, first became interested in kindergarten testing when his daughter arrived home one day from pre-K with a note in her backpack about taking the OLSAT® test and Bracken™ test for the New York City Gifted and Talented program. Since Michael and his wife were new to NYC, they had never heard of a G&T program for kindergarten. After Michael’s 4-year-old daughter took the OLSAT® test and Bracken™ test, the letter arrived a few months later with the test results and his daughter was accepted into the NYC G&T program.

Michael soon discovered there was no information available for parents going through the stressful process of school selection for G&T and navigating the NYC school system. Michael woke up one morning, ate a bowl of Cheerios and decided to start writing a blog about his G&T adventures as a parent – www.nycgiftedandtalented.wordpress.com. On his popular blog, Michael writes about his experience with the NYC Gifted and Talented program, the testing, school selection and other nuances of navigating through the largest school district in the nation. As soon as Michael started writing his blog, he was inundated with requests from other parents asking questions and needing his expert insights.

Since the birth of this blog, Michael has since become the parent expert for the NYC Gifted and Talented program and one of the most popular “daddy bloggers” in New York City with tens of thousands of visits per week. He has received awards for his work on the blog and has spoken on numerous educational expert panels to inform other parents in NYC the “ins and outs” of how to effectively navigate through the system.

Prior to TestingMom.com, Michael worked in the Internet industry for 15 years and most recently headed up the subscription services at TheLadders.com. Before relocating from Texas to New York City in 2007, Michael was the director of CRM product marketing at Match.com in Dallas, Texas.  Michael operates and manages the Testing Mom world headquarters located in Texas. Michael received his MBA from the University of Dallas and his BBA from Dallas Baptist University.

Michael’s favorite test and why:

The OLSAT® test, because every time I see one of the questions, I think to myself: “They ask 4-year-olds these questions? These questions are hard!”

After writing the best-selling book, The Ivy Chronicles, and her latest book, Testing For Kindergarten, Karen, The Testing Mom, soon found herself in the midst of creating the magnificent IQ Fun Pack game. This test prep kit disguised as play became the newest addition to her extensive arsenal of tools for helping parents in their quest to prepare their children for testing and entry to kindergarten.

In 2010, Karen connected with Michael after stumbling upon his popular blog for NYC Gifted and Talented programs. They came together with the mission to create an Internet startup that would cater to parents and help their children with testing and school success. With a shoestring budget, lots of enthusiasm and fantastic content, TestingMom.com was born. Nine years later, TestingMom.com has helped tens of thousands of families by giving parents the tools, content and support they need to make sure their child is prepared for all of life’s tests!

3 Ways to Prepare Your Child for Adulthood

The Importance of the Learning Environment