› On Education from the Uneducated

On Education from the Uneducated

Welcome guest author, Linjen Neogi, an NYC mom, who loves writing. Today Linjen shares her heart and experience in education,as she seeks to trailblaze a path for her son to become an innovator and thoughtful citizen–always being curious and growing in that. 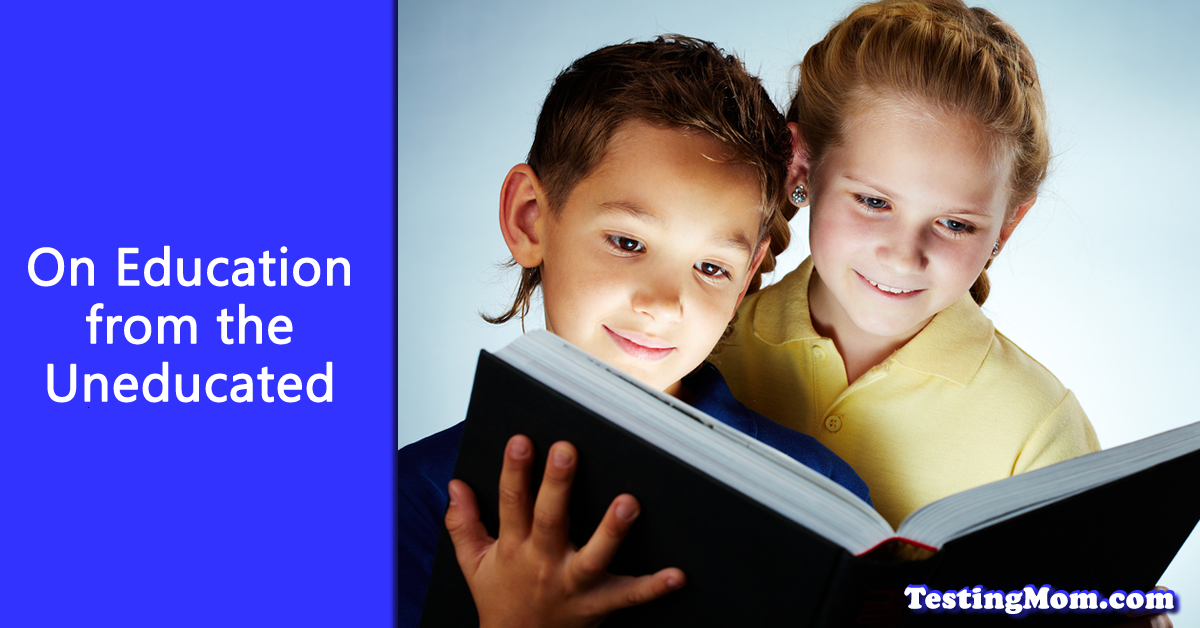 Four years ago, I sat down to have dinner with my husband and two of his friends. It was my first time meeting them. We had not yet ordered, when one of them asked, “Where did you graduate from?” When I told them I had not finished college, their eyes widened as they turned to each other and whispered something in Hindi. In the Indian culture, if you don’t have a college degree, it’s code red.

I come from a background where education wasn’t the first priority. Independence and learning to make the buck was. And though I’m grateful to have been inculcated with these virtues, I am taking a different path in my role as a Mother. I’m making a generational change for my family. Moving away from one paradigm to the other end of the spectrum is not necessarily anxiety-free. Therefore, my son’s education will be one of my biggest investments. And I don’t necessarily mean financially, but my time, my support.

I have been called, “uneducated,” “lazy,” and was once told, “You’ll never finish school.” But in spite of the irony, I am completely devoted to my son’s education. And yes, I’m sure my own personal failures are part of the drive, but this isn’t a do-over for me. This is not me putting pressure on my son to give me a second chance. I want him to have his best most fulfilled first chance. And, I do admit, a college degree is not everything. (Says the girl with no college degree, huh?) However, I want my son to have one. I don’t want my son to follow my path, I want him to finish college and continue a life of the mind. But not for the sake of saying he has one, not for the pedigree it provides, but for a deeper meaning. I don’t want him to get a degree for the diploma and pretty frame, but rather for the journey and hopefully for the lesson that what one learns in college is but a fraction of what one should learn throughout one’s lifetime.

What college affords is a block of time in life where your priority is to better yourself and by extension your society through intellect, curiosity and ingenuity. There are college and graduate school alum who use their experiences to just check a box. (Many people have college degrees and do nothing with their lives, or are very successful individuals but never take a step back and enjoy the journey, always obsessing on what is next) …”The world doesn’t care what you know. What the world cares about is what you can do with what you know” (Wagner, Forbes Magazine). So with that in mind, I don’t want him to go to school to be stuffed with knowledge and memorization, I want him to gain knowledge, sure, but with that knowledge become an innovator. Do something with it. To be curious and let that curiosity propel his imagination. And learn to see multiple perspectives. I will allow him the space to learn to be, himself, a thoughtful citizen of this increasingly divided country and world, someone who will chart his own path even if I may not be on board with all of his choices, he will learn they are his choices to make.

And I may not have graduated, but I read critically. I write and organize my world in a thoughtful, conscientious manner. Isn’t that being an educated person in the world despite what a diploma says or doesn’t say?

Linjen Neogi is a writer who blogs (www.doubtsanddesires.com) about motherhood and anything that keeps her awake at night. She has been featured in one of Brooklyn’s most popular parenting websites A Child Grows in Brooklyn and published in IIT-Bombay Greater NY Chapter Alumni Magazine. Linjen also wrote a multicultural short story that has been accepted for the pending publication of Nos Pasamos De La Raya / We Crossed The Line via Amazon publishing. She is a writer by day, a reader by night, and a mom around the clock. You can find her online tweeting about her writing process or at her yoga class, as she aspires to live a more yogic way of life. Linjen lives in New York City with her loving three-year-old son, and her biggest critic, her husband.

Ooh, I love this! It reads like a love letter to your son. He’s a lucky little boy to have you for a mom.