› Do You Have a Stand-Out Child?

Do You Have a Stand-Out Child? 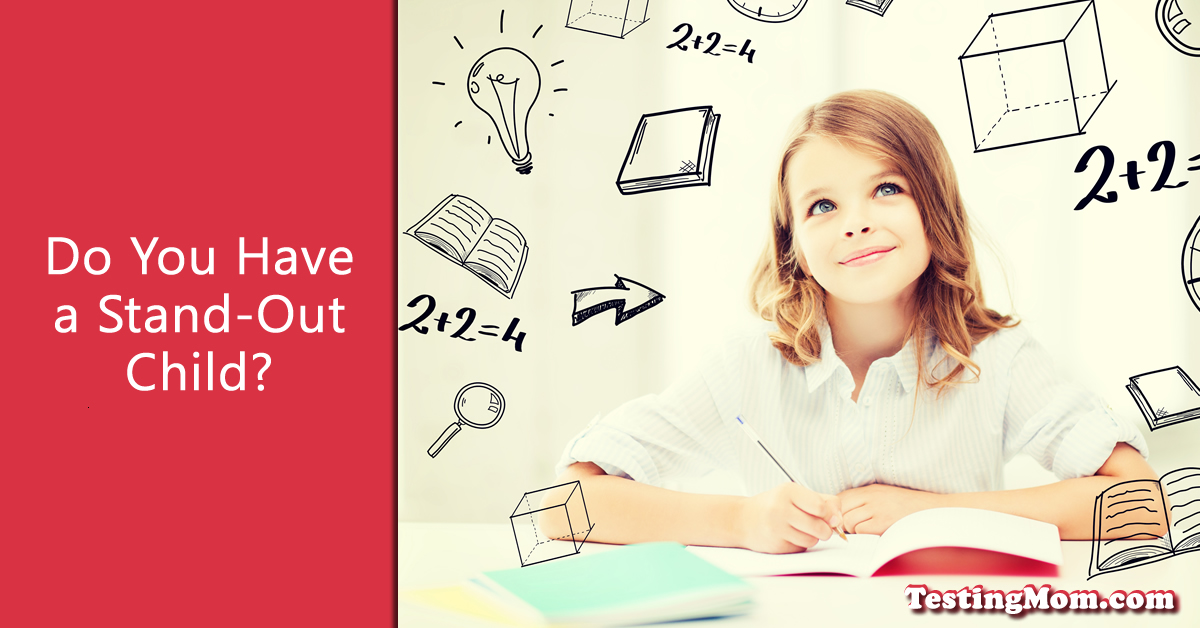 Have you seen this highly entertaining, super cute and laugh-out-loud funny television show called Little Big Shots? As the title proclaims, it’s about little kids with big talents, each one a stand out child.  It’s like a cross between America’s Got Talent mixed with a big helping of Kids Say the Darndest Things and makes for great family viewing!

Just like the show, there are always going to be those stand-out children, whether they are piano prodigies, math wizards or skilled athletes.  I mean, think back…..do you remember that little girl many years ago who began reading at age one???  Yes, age one!  And, by two-and-a-half, she was reading the newspaper!  Best of all, she taught herself (somehow) without parental help (can you say gifted?!).  But, because of her great reading feats, parents everywhere began pushing their own kids to read earlier and earlier, thinking, “Well, if this little girl can do it, so can my child!”

But, Maryanne Wolf, head of Tufts University’s Center for Reading and Language Research, says that most children aren’t ready to read until about age five because the visual, auditory, linguistic and conceptual brain functions required for reading aren’t fully integrated until then (this doesn’t mean, however, that there aren’t those who are early bloomers, such as the little girl mentioned above).  Plus, studies show that an early advantage these kids have on their peers tends to disappear a few years later.

So, what is the best predictor of how a child will do in school if it’s not reading ability?  Ms. Wolf states that it’s the “size and richness of a child’s vocabulary.”  How do we as parents build our child’s vocabulary, you may wonder?  To begin, start reading books out loud and making connections between what is on the page and in the child’s own world is the most effective way.

Plus, phonological awareness must be in place before a child will be able to crack the code of reading.  This awareness relates to sounds of spoken words.  It is the ability to notice, hear, and work with the discrete sounds that make up our spoken language.  It is the prerequisite to understanding phonics, which relate to the sound and spelling associated with printed words.

Now, for all of us who have been out of school for ages, here’s a phonics refresher:  there are 44 phonemes, or individual sounds, in the English language.  Some sounds are made from two letters, such as sh and ng.  A child who can recognize that the word mat has three sounds (/m/a/t/), or who can change the /m/ sound at the beginning of mat to the /r/ sound and know that the word is rat is demonstrating “phonological awareness.”  As a result, pre-readers who learn to identify the beginning sound of a word, segments in words such as syllables, and clusters of words that make up rhymes have phonological awareness.

What are some activities that you can do with your child to help develop phonological awareness?

I recommend the following:

By doing this, you’re not teaching reading per se, but you’re focusing on pre-literacy skills.  So, at bedtime (or anytime) when you’re reading, “Oh, the Places You’ll Go” for the hundredth time (or reciting it with your eyes closed at that point!), you’re nonetheless helping your child build his vocabulary, while acquiring the ability to retell a story that was read to him, while also helping him understand that words are made of discrete sounds and helping him acquire the ability to work with those sounds (phonological awareness), along with learning print awareness (what text is), as well as knowing names of letters and their sounds and so much more!  Whew, that’s a lot…..and it’s so worth it!

Experts recommend that you spend time with your child building these pre-literacy skills rather than attempting to teach a child to read who isn’t ready.  This is because a strong pre-literacy foundation will help your child learn to read when the time is right.  The last thing you want is for him to start kindergarten lagging in these abilities because research shows that children who start school behind their classmates in language and early literacy skills are unlikely to catch up and are at high risk for reading failure…..scary, right?

As a parent, here are some signs to look out for that your child may be at risk for a reading or writing delay:

If you notice any of these signs within your child, monitor his progress as he learns to read, and, if he’s struggling, seek out help as soon as possible.